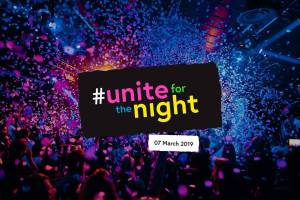 The campaign to breathe life back into Sydney and NSW’s night-time economy is gathering pace, with leading players coming together to launch the Unite for the Night campaign.

Following a 20,000 strong turnout at the Don’t Kill Live Music Rally, the Night Time Industries Association (NTIA) has announced a fundraising gig to kick off Unite for the Night. All those with an interest in the night-time economy are being urged to come along and support the industry, or push awareness to help sell tickets for the gig.

The gig will be at the Metro Theatre on 7 March from 7:30pm. A pre-drinks event will be held at the Edinburgh Castle from 6pm, with a tap takeover including beers from Wayward, Batch, Young Henry’s and the Rocks Brewing Co. Tickets are available here and all proceeds from the night will “directly support Sydney’s night-time economy”.

“The craft beer industry brings so much creativity and life to our city,” says Justine Baker, CEO of Solotel which owns the Edinburgh Castle. “It’s been encouraging it to see the industry rally around #uniteforthenight and help revitalise Sydney’s nightlife.”

The gig will see live performances from Josh Pyke, Gordi, I Know Leopard and Kav Temperley (Eskimo Joe), as well as stand up from Matt Okine, Mel Buttle, Tom Ballard and Cameron James in a show produced by the team from Julian Morrow’s Giant Dwarf.

The Unite for the Night campaign is backed by hospitality and entertainment venues; festivals; retail operators; arts and culture organisations from across NSW, as well as the Independent Brewers Association, and will be the first time these groups have banded together to put these issues on the political agenda.

“Unite for the Night asks government to cut nonsensical regulation,” says Rodrigues. “It asks industry to collaborate to make the going out experience more compelling by working together. And it aims to remind Sydneysiders that we can’t take our civic infrastructure – the very stuff that makes life worthwhile – for granted. Because if we do, we might just lose it.”

“Creative venues are the life blood of the hospitality industry,” adds Richard Adamson, co-founder of Young Henrys. “It’s important for the craft brewers to get behind and show their support for the places that hold a vital part of the night time ecosystem. Without them, one of the vital reasons to get out and enjoy our city disappears.”

“The vibrant, diverse, nightlife in Sydney we enjoyed five years ago brought our craft beer industry to maturity,” says Nick Becker, business manager at Kegstar. “We need it back in order that the industry as a whole continues to thrive and Australians have local beer and cider choices, as colourful as the personalities of their brewers.”

The NSW state election is held on 23 March and Unite for the Night is calling on Sydneysiders to join the Night Time Industry Association, attend the fundraiser at the Metro Theatre, market the gig and “monitor the parties’ commitments to our night-time economy and use your vote wisely on 23 March”.

“What is the vision of Sydney we want to work towards?” adds Rodrigues. “Do we want a retirement village for young people? Or do we want a city that is vibrant, diverse, inclusive and inspiring?

“Our industry will turn out in numbers on March 7 at the Metro and we’d love to see passionate Sydneysiders join us in this much needed campaign to revitalise our city. I can’t put it any better than one of our founding members Jake Smyth from the Mary’s Group: ‘If we want our culture we have to fight for it’.”