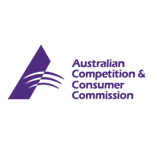 News has broken this week of a request by competition watchdog, the Australian Competition & Consumer Commission (ACCC) to several small brewers, in an attempt to unravel the truth behind tap contracts in Australian hotels.

The story broke when craft brewer Wade Curtis from Four Hearts Brewing Co (QLD) posted a copy of a letter he’d received from the ACCC on the brewing company’s Facebook page and Twitter feed. The letter from the ACCC was requesting information from Wade about tap contracts, and the impact they are having on his business.

Wade says the ACCC’s letter is in response to a letter he wrote to the ACCC three years ago, after “being told a bar wanted to have my beer on tap but couldn’t due to their tap contract.”

The ACCC is said to be investigating both Lion and CUB over its tap contracts that, in some cases, mean that a pub has 100% of its taps tied up with one of the major breweries, according to a report in The Australian. This, in turn, makes it very difficult for smaller brewers to get their beer into pubs.

Tap contracts in Australia work on a volume and rebate principle – for example, a hotel might sign a contract that stipulates a certain percentage of tap beer volume sold must come from a particular supplier, in return for rebates on the beer prices if volume requirements are met.

While it’s unlikely that anything dramatic will happen soon – the ACCC is known for being thorough in its investigations, which means that this could all take months to pan out – we’ll keep you in the loop with any further developments.