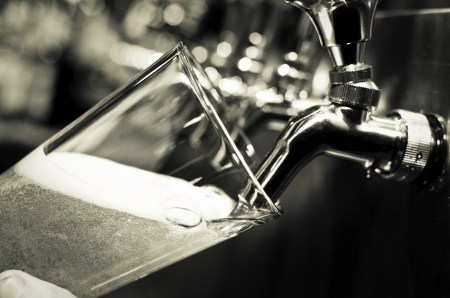 Australia’s alcohol industry has dismissed a pre-Budget submission by the Foundation for Alcohol Research and Education (Fare) as “tremendously naïve” and “misguided, lazy and flawed”.

In its proposal Fare recommended volumetric tax changes to the Wine Equalisation Tax, an industry-wide 10 per cent increase on all alcohol tax as well as an increase in the tax rate on draught beer to bring it in line with the rates applied to packaged beer.

The CEO of the Brewers Association, Brett Heffernan, questioned Fare’s tactics, telling Beer & Brewer: “Fare is very selective in quoting the statistics that support their case, but they simply ignore the overwhelming amount of data that indicates that Australians have got the message about responsible and moderate drinking and that has well and truly sunk in.

“Twenty-five per cent of all beer sales in Australia are for a light or mid-strength and Fare’s policy proposal is to jack up the price on that, commensurate with full-strength. That is completely out of whack with what they purport to want to be achieving.”

Heffernan also said that Fare’s targeting of ‘cheap beer’ is “misguided, lazy and flawed” as “the reality is beer is not cheap in Australia”.

He added: “Australians pay amongst the highest excise on beer in the world. Then we pay a further 10 per cent in GST on top of that. Last year, taxes on beer drinkers alone netted the Australian Government almost $2.4bn.

“But wait, there’s more,” he added. “The excise on beer in Australia is automatically increased by the Australian Government every six months, so the price of beer is always going up and up and up.

“Calls for higher taxes or minimum floor prices on beer are misguided.

“Firstly, when it comes to cheap alcohol products, beer is not one of them. Secondly, price is not a pressure point for those who misuse alcohol. It’s lazy and flawed policy; it penalises the vast majority who drink responsibly while doing nothing for those few at risk of harm.”

“This demonstrates Fare’s one-size fits all approach to dealing with targeted groups and issues. Targeting the draught beer tax is tremendously naïve as this will simply put the on-premise industry at risk, which will put jobs at risk and will do nothing to address harmful drinking.”

He added: “Disappointingly Fare continues to exclude the industry trends which show that alcohol consumption is declining, the amount of mid-strength beer being consumed is increasing as well as all the positive work the industry is doing. Organisations like DrinkWise are doing great work in helping consumers to drink better and FARE continues to disregard their efforts.”

Ferguson also told Beer & Brewer: “Pleasingly the Government understands and backs our industry and we will continue to work with governments to ensure a safe drinking culture.”

He added that Fare’s proposal does not take account of the regulated and safe environment that pubs and hotels offer consumers to drink in, and of the costs associated with that. He also questioned the wisdom of simplistic price increases and what that might mean for people who are on a tight budget, but who still choose to drink moderately and responsibly.