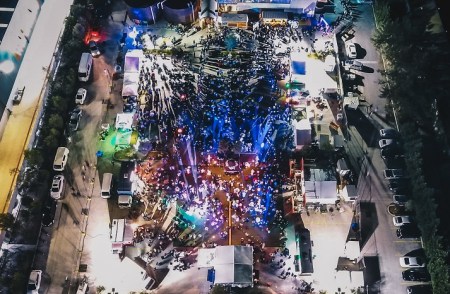 Kicking off at 5pm on Friday 24 November and running over the weekend, the festival will be held at the Australian Hotel and Brewery’s premises in Rouse Hill.

With food trucks offering tender and smoky BBQ meats and a range of other cuisines, there’ll also be plenty of Australian Brewery craft beer cans around to help quench that summer thirst.

Over the weekend, the inaugural Australian Brewery Kingsford Invitational BBQ Competition will take place, seeing 35 BBQ teams go head to head for $40,000 in cash and prizes.

The two-day Australasian Barbecue Alliance (ABA) sanctioned event is the most ambitious of its kind anywhere in the country; several hand-picked teams from across the globe have also been invited to challenge the best Aussie competition.

Promoter Trevelyan Bale says the event will be one of the best to hit the Hills district.

“It’s incredibly exciting to be hosting an event that celebrates all things BBQ and brew – something that we all love, and the BBQ competition is probably the most prestigious in the Southern Hemisphere with teams travelling from different countries to take on the Aussies!”

The BBQ Food Fest will have family friendly activities including face painting, showbags and rides suitable for kids of all ages.

Live music will be playing all day with a special performance from Thirsty Merc; as the promoters say, “there’ll be more than 20 good reasons why you can’t miss this event”.

More details, food trucks and live artists to be announced in the coming weeks. For more information visit https://www.australianbrewery.com/