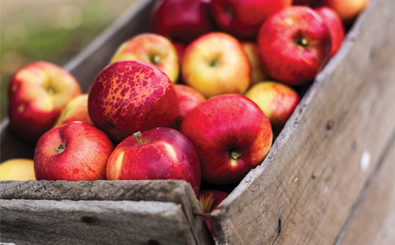 Cider Australia has confirmed that its Annual General Meeting will take place in the apple growing and cider making community of Batlow, NSW next month, to coincide with the 2015 Cider Industry Conference.

Among the items to be debated during the AGM will be tax reform and cider labelling.

Cider Australia president, Sam Reid, said: “Tax policy is crucially important for the cider industry, and must recognise that cider, like wine, is made from fruit and has huge benefits for local communities.”

A range of cider experts will come together at the conference with a view to expanding the industry’s professional and technical capabilities. Among the speakers will be international cider expert, Dr Andrew Lea of Hill Harp Cider in the UK, who will share some of his extensive knowledge of English craft cider making.

“Andrew is known and respected across the world for his exceptional knowledge of cider, and the Australian cider industry is thrilled to be able to tap into his skills,” Reid added.

“The calibre of these events celebrates how much the Australian cider industry has evolved and matured in recent years, and how serious we are about investing in the future,” Mr Reid said.

“The Batlow events offer something for everyone and the program extends far beyond administration and fermenting techniques – we will be delving into the detail of cider apple varieties, cider science, politics, taxation rules, cider making equipment, cider evaluation and appreciation”,

Cider Australia’s AGM will take place on 14 May at the Batlow RSL Club and will be followed by the 2015 Cider Industry Conference on 15 May and the Batlow CiderFest Street Festival on Saturday, 16 May. Tickets are available here.