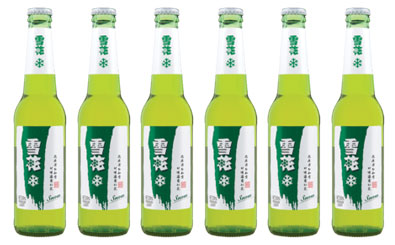 AB InBev has announced that it has agreed to a deal with the Chinese government-backed China Resources Beer (CRB) over its CR Snow joint venture.

SABMiller currently holds a 49 per cent stake in the joint venture, which brews the world’s biggest selling beer by volume, Snow Beer. The deal will see CRB purchase the SABMiller share, as AB InBev continues a brand sell-off in order to gain regulatory approval for its acquisition of SABMiller.

In a statement about the deal, AB InBev said: “The transaction has been approved by the Board of CRB as well as by its majority shareholder and thus no extraordinary general meeting will be required for approval. Upon completion of the transaction, CR Snow will become a direct wholly-owned subsidiary of CRB.

“In connection with this transaction, Lazard and Merrill Lynch International are acting as financial advisors to AB InBev. Sullivan & Cromwell, Freshfields Bruckhaus Deringer LLP and Fangda are acting as legal counsel to AB InBev.”

Anna Ward, alcoholic drinks analyst with Euromonitor International said of the deal: “It comes as no surprise that AB-InBev has decided to sell SABMiller’s 49 per cent interest in CR Snow Breweries.

“There was a clear need to divest some portion of the Chinese business, as antitrust regulators would never have allowed AB-InBev to have a say in companies with 37 per cent total market share (2014 data).

“In a choice between the two, it makes far more sense to keep sole control of AB-InBev’s current business, ranked third by volume in China, than take a minority share in the largest company.”