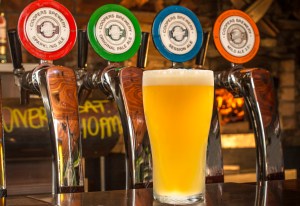 By Andy Young, The Shout

Coopers Brewery has posted a four per cent increase in profit for the 2017-18 financial year, with Managing Director Dr Tim Cooper saying the brewer’s new malting plant has made a positive impact.

Dr Cooper said profit before tax had reached $34.3m, compared with $33.4m for the previous financial year. This improved profit came despite the first fall in total beer sales since 1993, with Coopers beer volumes declining by 9.1 per cent. After allowing for products which were discontinued after FY17, the decline was 7.5 per cent.

“The opening of the new malting plant has delivered substantial savings on malt costs, along with improved malt quality,” Dr Cooper said.

Speaking about the fall is sales, he added: “This ended 24 consecutive years of volume growth at a compound annual growth rate of 8.9 per cent.

“Factors behind the lower volumes included an increasingly active craft beer market, more aggressive retail space management and pricing by international brewers, and the introduction of the Container Deposit Scheme in NSW.

“The impact of the deletion of some Coopers brands in decline, and forward buying by retailers in June 2017 which was not repeated in 2018, were other factors.”

Sales volumes in South Australia grew by 0.5 per cent, but fell in Western Australia (17.7 per cent), Victoria (15.9 per cent) Queensland (11.6 per cent) and NSW (11.1 per cent), where the impact of the new Container Deposit Scheme increased the costs of bottles and cans.

Volumes of non-alcoholic beer increased by 10.4 per cent in the financial year while malt extract sales were steady and home-brew extracts fell by 5.6 per cent.

Looking at the current year Dr Cooper said sales in the first few months of the new financial year had been positive with strong growth in Session Ale and a good initial response to the release of Coopers Dry and Coopers Original Pale Ale in cans.

Sales of malt to other brewers and distillers is expected to further boost profit in coming years.