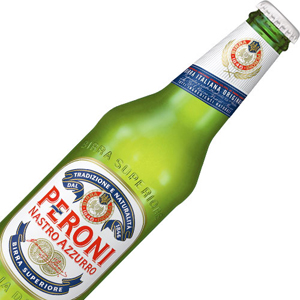 It’s the stuff of every teenage boys
dream: the attractive, exotic model in the magazine suddenly coming to
life and batting her eyelashes at the smitten reader. While not quite so
personalised, the new collaboration between Peroni and Fairfax is set
to give readers a coveted glimpse into the world of the Peroni models as
they shoot the world famous beer brand’s iconic calendar.

Featuring a different model in every issue of the (sydney) magazine and the (melbourne) magazine
for the next six-months, readers will be given access to exclusive
video content via AirLink – the latest development in the quest to bring
print and online media closer together.

“Peroni has a long
standing partnership with Fairfax and is always looking for exciting
ways to entertain readers,” says Richard Oppy, Group Marketing Manager
of International Brands at CUB.

Now that multi-platform contact with consumers is a central focus,
in all areas of advertising and marketing, it is good to see that the beer industry
is at the forefront of the push into new territories in the crossover
between the different mediums. In fact it seems only natural, after all beer
advertisers have been pushing the envelope for some time now in an effort to outdo each other in the wacky stakes.

The
technology uses the reader’s phone’s camera, via a pre-downloaded app,
to trigger video and other interactive content the device – in this
case, scantily clad Peroni models gallivanting around on Vespas, in
planes and in some rather hilarious fake snow while shooting the
calendar. The video is slick, well produced and just long enough to
leave you wondering what will be coming along in the next month’s issue.
In the meantime, track down a copy of the April edition of either
magazine to see what all the fuss is about.