New Zealand’s Behemoth Brewing Co. is set to launch in Australia under the brand Chur Brewing, after a trademark dispute with the name ‘Behemoth’.

“We have had some trademark issues with a Melbourne-based brewery, who have trademarked ‘Behemoth’ at the same time we first brought our beer to Australia around two years ago. It is part of the name of one of their beers,” explained Behemoth/Chur Brewing owner and brewer Andrew Childs.

“We thought we would rather spend our time and money making good beer so decided to change our name for Australia. Chur Brewing made sense as Chur NZ Pale Ale is our ‘signi-chur’ beer and is a very Kiwi word that I say a lot.”

Chur Brewing will launch in Australia at GABS in Melbourne 20-22 May, with the beers initially brewed in New Zealand, however this may change down the track.

“To start with we are brewing them in New Zealand and shipping them over. But in the medium to long term it makes sense (to brew locally) since the beers will be fresher and cheaper if we make them in Australia,” explained Childs.

“We have been talking with a couple of very good breweries who we can work with. Also it gives me more chance to come across to Australia.”

Chur Brewing’s big hoppy beers will initially only be available in kegs, with Childs looking to have packaged product by the end of the year.

“Mostly around Melbourne, but they will be in keg and possibly can and/or bottle by the end of the year. Look out for our mostly hop forward beers coming soon!”

Childs was in Sydney recently for a collaboration brew with the Australian Brewery in Rouse Hill and Beer & Brewer. The beer, Tripel Threat, will be poured at GABS Sydney and Melbourne, and in cans in limited quantities. 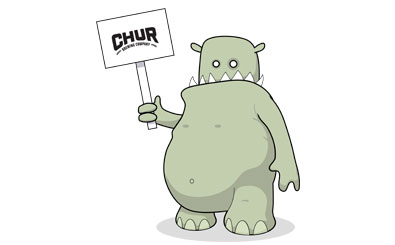 Thursday, 19 May: Pop Up Parade at The Catfish Bar, Fitzroy

Saturday, 21 May: Pint of Origin – New Zealand at The Alehouse Project, Brunswick